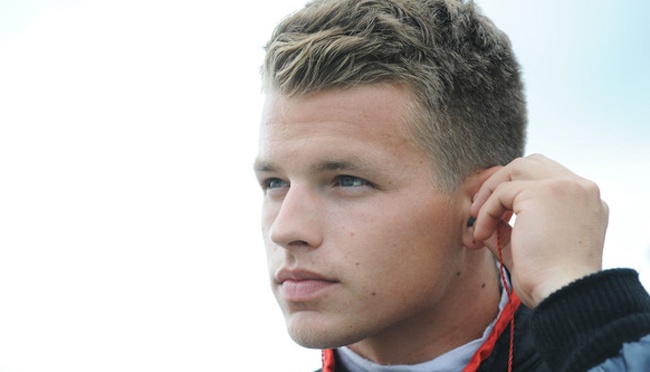 JGL Racing has announced Cale Conley as the latest addition to their popular “Young Guns” program. Conley will be behind the wheel of the teams No. 24 Toyota at the Hisense 300 on May 27th at Charlotte Motor Speedway.

“The time I have spent out of a car has helped me appreciate this opportunity more than ever,” said Conley. “I am glad to be partnered with JGL Racing as our goals of speed and performance are the same. I have had to learn patience and how to trust the process while I have been away from NASCAR. I am very happy to make my return with JGL Racing and James Whitener (team owner).”

Conley has 41 career NASCAR XFINITY Series starts to go along with 36 starts in the NASCAR K&N Series. He has a career best XFINITY Series finish of sixth which came at Kentucky Speedway in 2014

“The addition of Cale to our Young Guns program makes for a great compliment to the drivers we already have”, added JGL Racing team owner James Whitener. “I watched Cale closely when he competed in the XFINITY Series a few years ago and he has proven he is a very talented driver when given the right equipment. We aim to give him just that and let him shine in this No. 24 Toyota.”

Conley and JGL Racing are working on additional races beyond the May 27th event at Charlotte Motor Speedway and expect a future announcement on that expanded schedule as well as sponsors.